We recently wrote that Apple has released 3 beta versions of the operating systems for all of its major devices. And just a couple of days ago, Apple held its annual fall presentation. This time it was a pre-shot and edited video.

Tim Cook, as always, took the lead to hold the bulk. Employees of the company and even fitness trainers helped him to present individual products.

The presentation began with an introductory music video, then moved on to a short speech by Tim Cook, and unexpectedly continued with an update to the Apple TV + service, as well as upcoming series and show premieres. 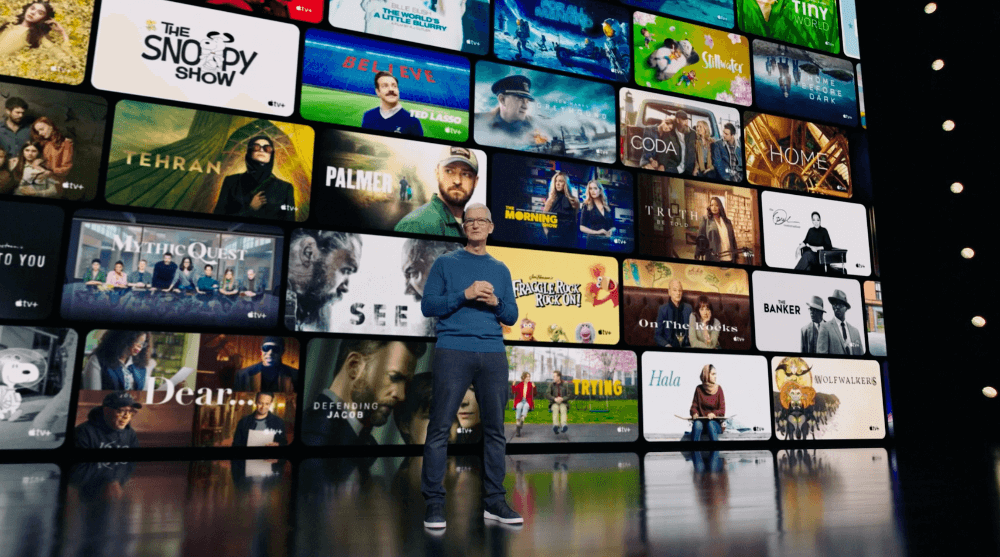 But most of all, of course, everyone was expecting something different. So what has the company prepared this time, and have the expectations of numerous Apple fans come true? Let's watch (or rather read).

So, it will not be a revelation to anyone about which devices Apple revealed:

iPad was the first in the spotlight. As Tim Cook noted, last year sales of these devices grew by as much as 40%, which breaks all possible records. Therefore, it is not surprising that Apple has paid a lot of attention to this product this year.

And this is what users will get in the new version: 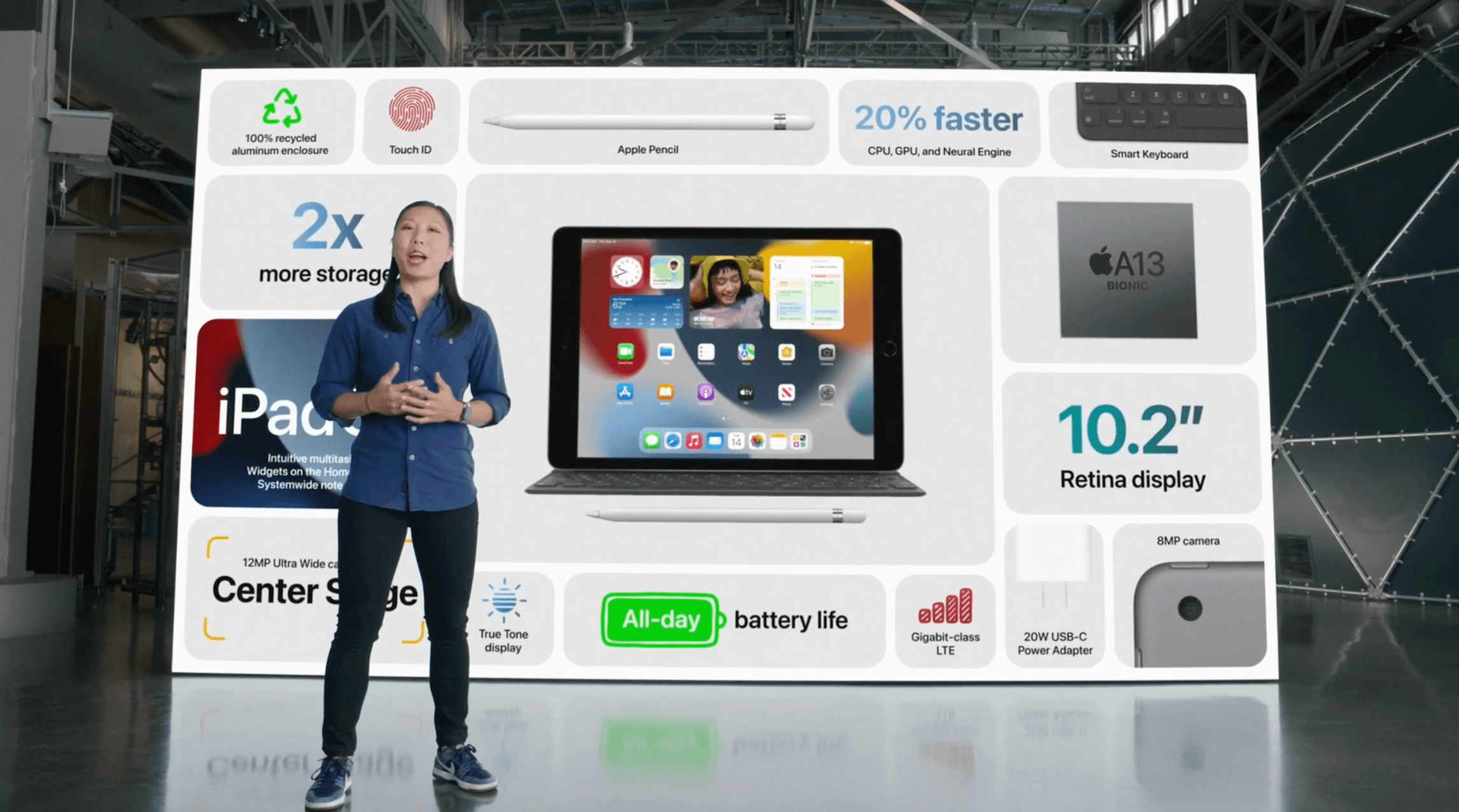 According to the presentation, the iPad's younger brother, iPad mini, has undergone “the biggest changes in history”. From the developers it got: 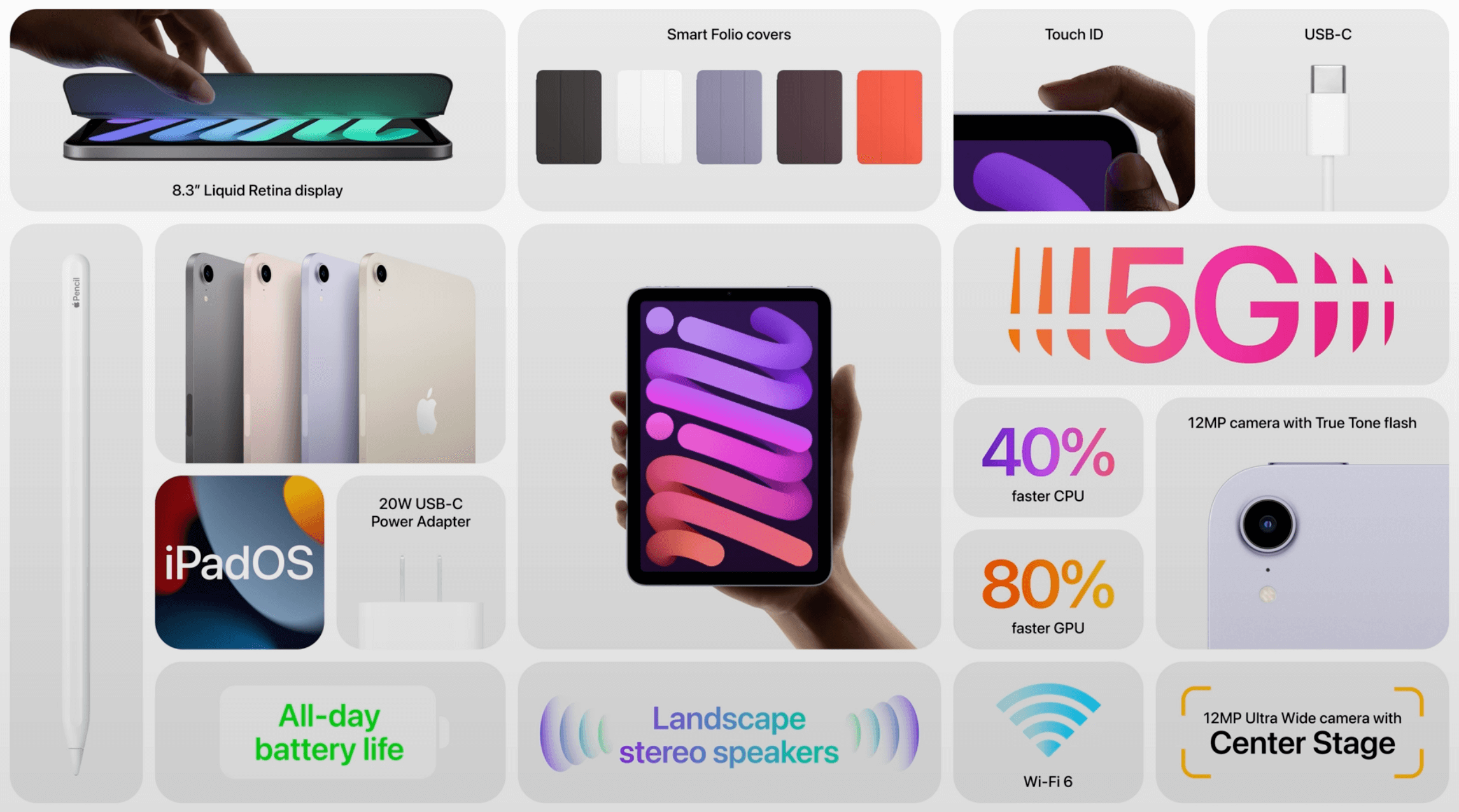 From the very first phrases of Tim Cook, it became clear that in the new 7 series watches on WatchOS 8 the developers focused on expanding the functions related to health and activity. 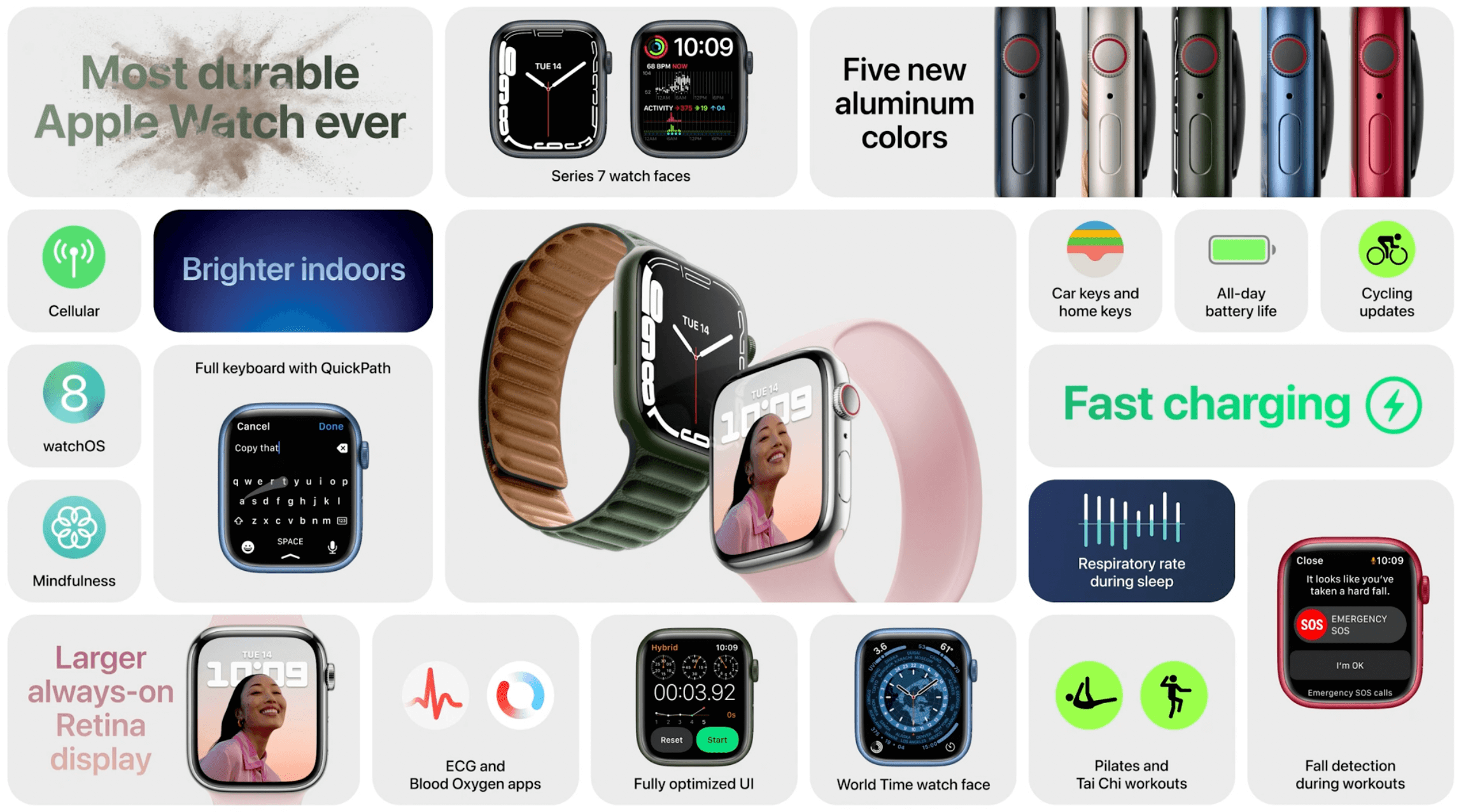 Apple Watch Series 7 is available in 5 new colors. Sales are not yet open, but by the end of autumn, the watch will be available for purchase for $399.

Perhaps the most anticipated part of the presentation is iPhone 13. The new generation is available in two variants: iPhone 13 and iPhone 13 mini. 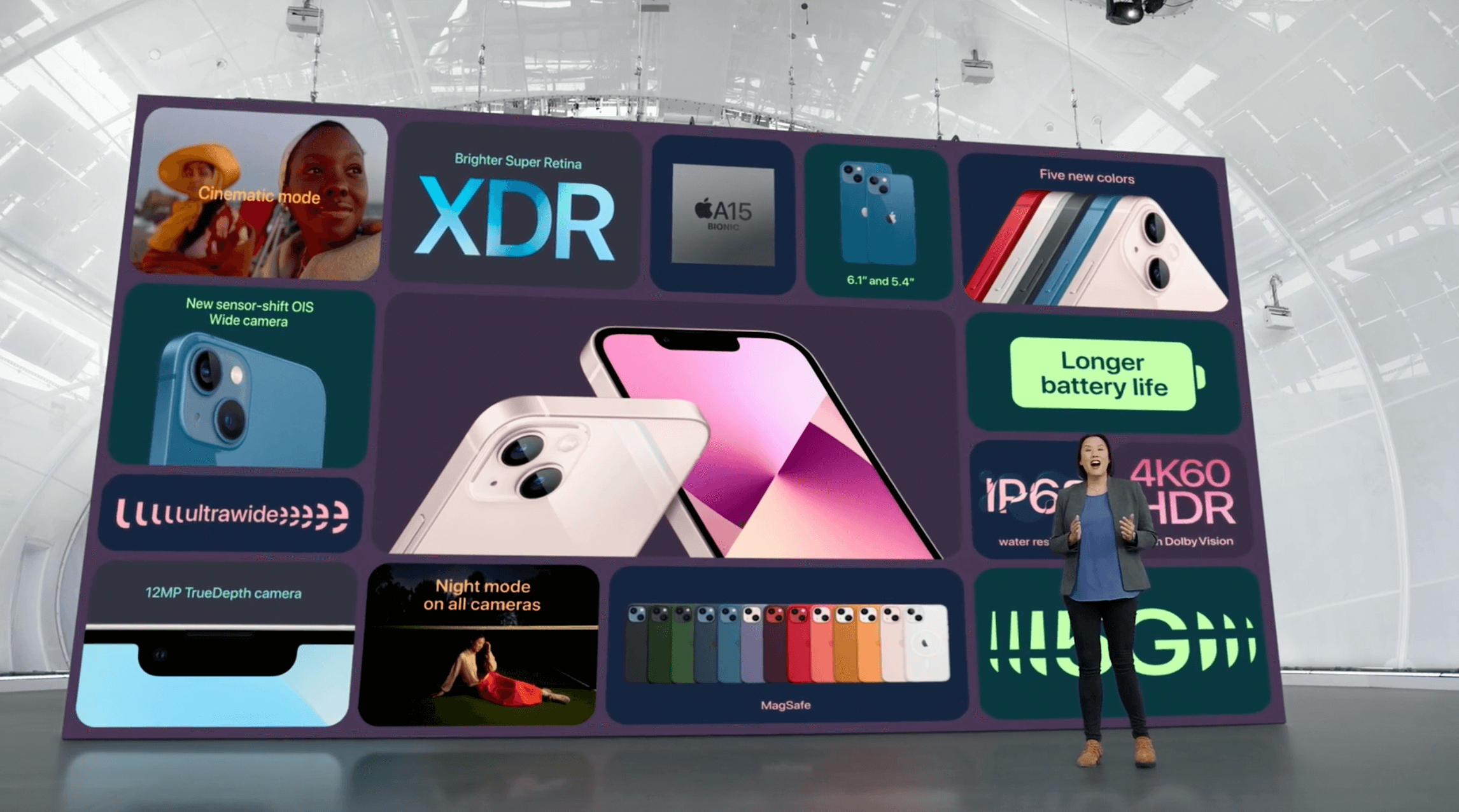 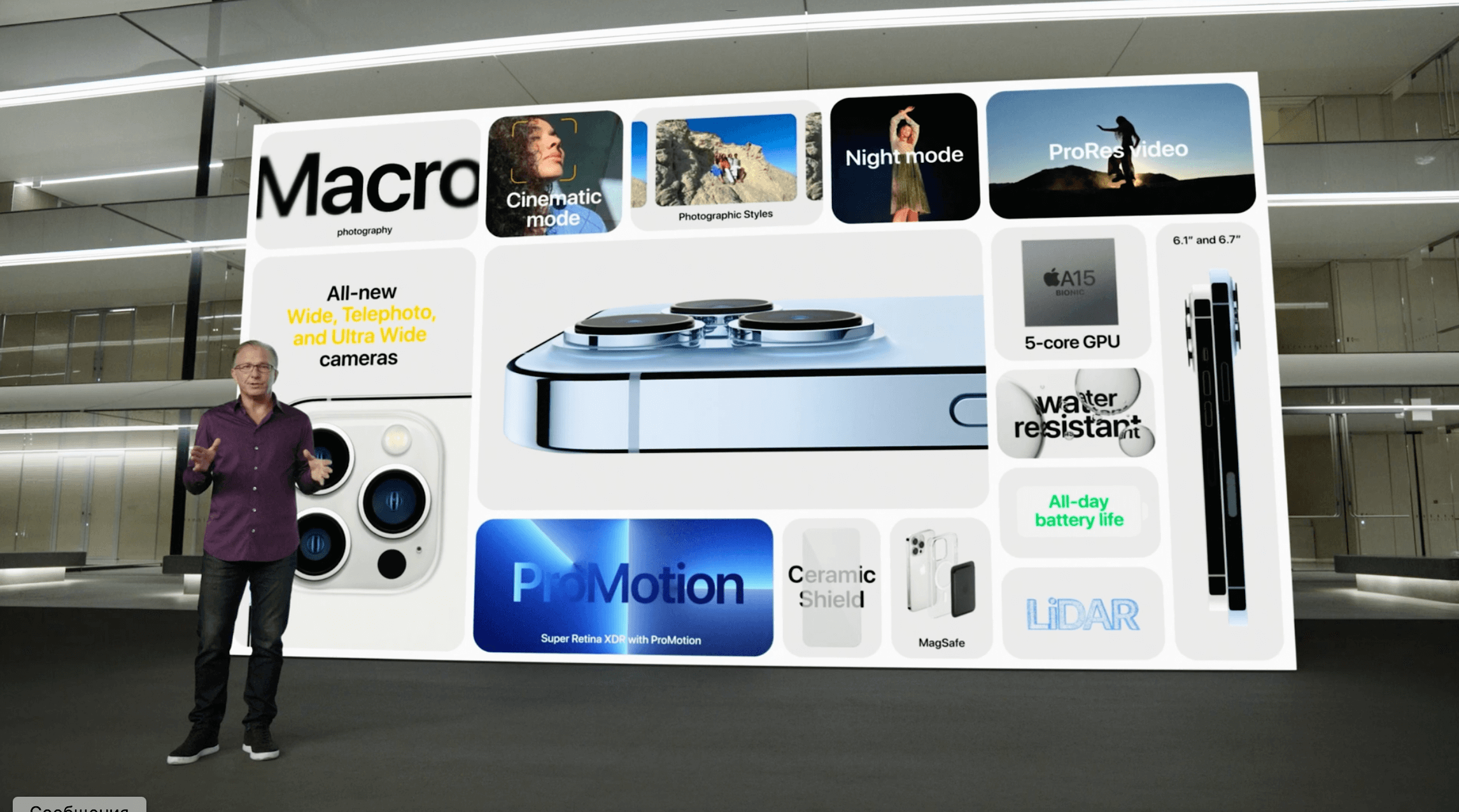 This concludes Apple's presentation. By the way, Notify.Events is suitable for any device regardless of its OS. The main thing is that the messenger which you want to send notifications to is installed on this device, as well as that it has a SIM card - in case you choose to receive messages via SMS and / or voice calls.

And if you use Apple's smart home system, we hasten to please you: we recently added integration with Homebridge, software that allows you to combine Apple HomeKit with other IoT devices. With 2000 plugins, the service enables users to integrate with thousands of popular smart home devices that do not natively support HomeKit.

In case you meet any difficulties while using the service, just write to us at support@notify.events or our Telegram channel to get a quick response from the makers.

Apple announced the integration of Matter standard in its smart devices

Alexa, Siri and Google Assistant Are to Unite Under the Matter Standard

Future of Smart Home Devices and the IoT